On October 31st, Representative Alan Lowenthal and Senator Tom Udall announced their intent to introduce legislation to dramatically reduce plastic pollution. Importantly, their announcement included a link to a legislative discussion draft which includes provisions requested by CASA that would require all wet wipes sold in the United States to be labeled with appropriate disposal information. This is consistent with efforts to reduce the improper flushing of single use wipes that contain plastics.

Similar to CASA’s sponsored legislation in California, the Lowenthal/Udall proposal sets requirements for labeling both non-flushable wet wipe products and sets parameters for which wipes can be labeled as “flushable” or “sewer and septic safe.”  Additionally, the discussion draft language includes provisions that would require wipes manufacturers to include statements about wet wipes containing plastic content. Comments on the discussion draft are due November 21st, and CASA is circulating a coalition support letter that agencies can sign on to in support of these provisions. 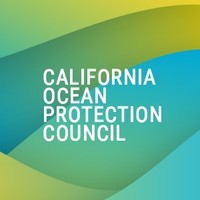 CASA and a coalition of water and wastewater associations submitted comments late last week on the Ocean Protection Council (OPC) Draft 5-Year Plan (Draft Plan). Most of CASA’s prior work with the OPC has been focused on microplastics management and the development of analytical methods for measuring and quantifying the presence of microplastics in wastewater effluent. However, the Draft Plan now includes new language that would set a target for reducing ocean discharges by 80-100% by 2040. The language is included under a plan objective relating to addressing ocean acidification and hypoxia, which is troubling given that the research on the causes of those phenomena have yet to be scientifically determined, and significant research is currently underway to determine the contributing factors from both wastewater and other sources.

The draft plan was released on Thursday, November 8, and will be heard as an informational item on Wednesday, November 13. Because of the significance to the wastewater community that this part of the plan presents, CASA will be testifying at the OPC meeting. Adoption of the plan is currently slated for February of 2020, which should allow the wastewater community to more thoroughly engage in the discussion. We will provide an update on the outcome from Wednesday’s OPC hearing in a later edition of CASA Connects. For more information please contact Jared Voskuhl or Jessica Gauger.

On November 6, the U.S. Supreme Court heard oral argument in County of Maui v Hawaii Wildlife Fund, one of the most significant Clean Water Act (CWA) cases to reach the court in the last decade. The court was presented with a key jurisdictional issue: namely whether the CWA’s National Pollutant Discharge Elimination System (NPDES) permitting requirements apply to discharges from point sources that enter groundwater before reaching navigable waters.
Lower federal courts, including the 9th Circuit, had held that the County of Maui’s releases of treated wastewater from injection wells that ultimately reached the Pacific Ocean via groundwater required a NPDES permit because the discharges were “fairly traceable” back to a point source. CASA and a number of other entities filed a coalition amicus brief arguing against such a standard and highlighting the significant potential negative impacts of that approach on public clean water agencies.

During oral argument, the Supreme Court justices questioned both sides about the appropriate test for determining when a “discharge” occurs. Several justices expressed concerns about the Court adopting a test that would allow entities to avoid NPDES permitting requirements simply by locating pipes nearby, but not directly in, navigable waters. However, most of the justices seemed skeptical that the “fairly traceable” standard articulated by the 9th Circuit would be workable and questioned the parties about a potential limiting principle or alternative standard that could be applied to prevent regulation of smaller sources like septic tanks.

The ultimate outcome of the case is unclear, but a decision in the case is expected by June of 2020.

Closing session! CASA would like to thank all of our attendees, speakers, members, and staff for making this 2020 Winter Conference a huge success! A special shout out to @CleanWaterED for all she has done for CASA, we wouldn’t be where we are without her! #CASAWinterConference pic.twitter.com/XaCaLbBB5C

Good Morning from Palm Springs! The last day of the 2020 Winter Conference starts this morning with the State Legislative Committee meeting at 8am in the Mountain View room. We will see you there! #CASAConnects #CASAWinterConference pic.twitter.com/XXlKZmimQe

Congratulations to @IEUAwater for 70 years of service to the Chino Basin. IEUA is responsible for serving approximately 875,000 people over 242 square miles in western San Bernardino County. Here’s to 70 more years! pic.twitter.com/SbQWRVQ3Mt

We've got some exciting things coming!! Huge THANK YOU to @LVMWD for lending their extraordinary talent to us here at the 2020 Winter Conference. Stay tuned!! #CASAWinterConference #CASAConnects pic.twitter.com/hMbyklizua

We had a full house this morning for our keynote speaker Maggie Frye! Thank you Maggie for starting day two off on a great foot! #CASAWinterConference #CASAConnects pic.twitter.com/UYZzJo71FL