Adam Link was appointed as CASA’s Executive Director in January of 2020. Adam previously served as the Association’s Director of Operations and Government Affairs, and has been with CASA since 2013.  He brings 10 years of experience dealing with wastewater regulatory, legislative and legal issues to his role as the association’s chief executive.

Adam is responsible for overall management of the association and ensuring that CASA fulfills its mission of delivering timely, relevant information to its member agencies while effectively representing the wastewater sector before the legislature and regulatory agencies. In his previous roles with CASA, Adam led a variety of legal, regulatory and legislative initiatives working with state and federal regulatory agencies, the California Legislature and other trade associations and industry groups.

Prior to joining CASA in 2013, Adam was a practicing attorney with the law firm of Somach, Simmons, & Dunn, focusing on water quality, environmental and local government issues. He has also previously worked in the California Legislature and for the business consulting firm Accenture. Adam holds degrees from the University of California, Santa Barbara, and University of the Pacific, McGeorge School of Law. He is a member of the California bar.

Greg is CASA’s subject matter expert on matters pertaining to renewable resources. He manages emerging issues at the local, state and federal level and within the private sector on all biosolids, renewable energy, recycled water, climate change mitigation and related issues.

Greg has been with CASA since 2007. Prior to joining CASA, he served as the state biosolids coordinator for the Wisconsin Department of Natural Resources, where he represented all states in the nation, by their election, to the USEPA on all biosolids issues.

Greg holds a BS in Civil and Environmental Engineering from the University of Wisconsin and is a registered professional engineer.

Debbie Welch has been with CASA for more than 15 years. Under the leadership of the executive director, she manages and coordinates CASA’s conferences, meetings, awards program, member services, accounting, purchasing, and other general administration operations. Prior to joining CASA, Debbie worked for the second largest baking manufacturer in the nation for 19 years in the sales and marketing department, overseeing credit and collections and directing the company’s annual IronKids Triathlon in northern California.

Debbie attended Sacramento City Community College and Heald Business College. She is a member of the California Society of Association Executives and a former Rotary International Exchange Student.

Jessica Gauger manages CASA’s state and federal legislative advocacy initiatives in California and Washington D.C.  In her role, Jessica is CASA’s lead advocate in the California Legislature and interfaces with elected officials, legislative staff, and other stakeholders to advance CASA’s public policy priorities.  She also works in conjunction with our professional consultants in Washington D.C. to advocate on behalf of issues of interest to the wastewater community.   Jessica oversees CASA’s state and federal legislative committee activities and all external and membership initiatives related to our legislative advocacy programs.

Prior to her employment with CASA, Jessica was employed with the contract lobbying firm, Michael F. Dillon & Associates, where she represented CASA as a contract legislative advocate, and previously worked on staff in the California State Senate.  Jessica holds a Bachelor of Arts Degree in Political Science from San Diego State University.

Cheryl MacKelvie supports the association’s membership, conference, accounting and meeting programs, including planning, organizing, and overseeing the operations and administration of the CASA office.  She represents CASA’s programs, projects, and services to member agencies and the public, assists in the administration of various membership programs and performs other duties as needed.

Prior to joining CASA in 2015, Cheryl worked for a prominent lobbying and association management firm supporting legislative advocates and clients, providing support to their Board of Directors for meeting planning, Board meetings, and related functions. 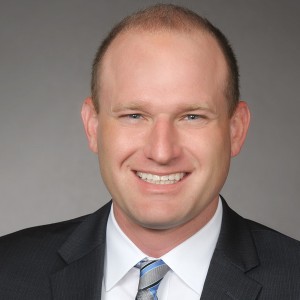 Jared Voskuhl manages CASA’s regulatory advocacy program, after joining the Association as a Legislative and Regulatory Analyst in 2018. In his current position, he supports Adam Link and Greg Kester on a variety of regulatory matters pertaining to water quality and renewable resources. Prior to joining CASA, Jared worked in the water field over three legislative sessions for a local public agency and a state trade association, and he also served as president of the National Association of Graduate-Professional Students. Jared earned his law degree from the University of California, Davis, and he holds a graduate degree in Sociology from Northwestern University and undergraduate degrees in Sociology and English from Houston Baptist University. 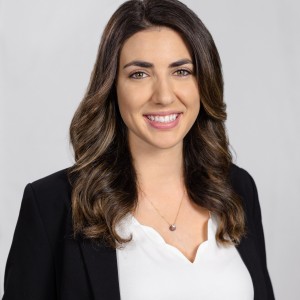 Alyssa Downs joined CASA in December 2019. In her role, she provides timely and relevant information to members, legislators, and the public on clean water and beneficial reuse issues. Alyssa’s day-to-day work includes production of the CASA Connects newsletter, development of content for traditional and social media, creation of outreach materials supporting CASA’s advocacy agenda, and coordination with the Communications Committee.

Prior to joining CASA, Alyssa worked with Central Contra Costa Sanitary District’s   Communications team on a variety of public outreach materials, campaigns, social media, and newsletters. During her time at Central San she developed a strong passion for the important work of the wastewater industry. Alyssa holds a Bachelor of Arts Degree in Communication Studies from California State University, Stanislaus. 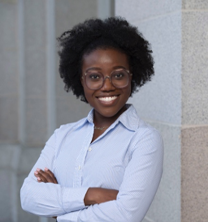 Alma Musvosvi is CASA’s Legislative and Regulatory Analyst. She supports Jessica Gauger and Jared Voskuhl and serves as the key point of contact for CASA members on all legislative and regulatory issues. Before joining CASA, Alma worked in the California State Legislature as an Assembly Fellow through Jesse M. Unruh Assembly Fellowship Program. As a Fellow, Alma staffed a member of the Assembly on various legislative issues. Alma holds undergraduate degrees in Biochemistry and Health Communication from Pacific Union College.

Bobbi Larson was CASA’s executive director from 2012 to 2019. During her tenure she worked to build a high-functioning, cohesive team of staff and consults and solidified CASA’s position as the most trusted, credible and effective advocate for California wastewater agencies. She now serves as special advisor to the organization, where she provides strategic advice and support on regulatory issues, legal issues, and special projects.

Prior to assuming her current role, Bobbi served as CASA’s contract director of legal and regulatory affairs as a shareholder with Somach Simmons & Dunn, a Sacramento law firm where her practice emphasized water quality law. Bobbi earned her JD at the University of the Pacific, McGeorge School of Law, and her BA in Political Science from the University of California at Riverside.

Michael Dillon is CASA’s principal strategic advisor for our state legislative advocacy program. Mike works alongside the CASA State Legislative Committee, CASA Executive Board, and CASA staff to identify and provide strategic guidance on legislative issues of interest to the wastewater community in California.

In 2017 Mike joined KP Public Affairs, a prominent lobbying and public relations firm in Sacramento.  Prior to his employment with KP, Mike was the President of Michael F. Dillon & Associates, a Sacramento-based lobbying and consulting firm, where he represented CASA before the California Legislature since 1974. Mike previously served as a Coro Foundation Fellow and worked as a legislative advocate for the California Taxpayers Association and California School Boards Association.

Eric Sapirstein founded ENS Resources, Inc., in 1986. His firm has focused on legislative and regulatory affairs, consulting for local and regional governments as well as national organizations that serve the public’s interests. Prior to establishing ENS, Eric was a policy and governmental affairs analyst with JSCF, Inc., focusing on regulatory and legislative initiatives. He also served as an associate with LRMC, Ltd., an association management consulting firm, where he worked closely with Congressional committee members and staff. Earlier in his career, Eric represented the EPA before Congress. He advised senior agency officials on strategies regarding waste management, radioactive materials, and clean water policy issues. Eric holds a Master’s of Public Administration with a concentration in public finance, budgeting, and urban administration from The George Washington University, and a Bachelor’s Degree in Political Science from Boston University.

Sarah Sapirstein joined ENS Resources Inc. as a Legislative and Policy Analyst and Associate in 2017 after working in both the public policy and water resources arenas. While achieving her undergraduate degree, Sarah interned for offices in the U.S. House of Representatives and the U.S. Senate, including Congresswoman Grace Napolitano of California and former-Congressman George Miller of California. In the U.S. Senate, she interned for Committee on the Judiciary Chairman Patrick Leahy. Sarah also gained experience beyond Capitol Hill, when she interned at the National Association of Clean Water Agencies. At NACWA she assisted staff monitoring federal clean water policy and non-flushable wipes developments. At ENS Resources Inc., Sarah manages House and Senate legislative activities involving the analysis of legislative and regulatory initiatives and developing legislative strategies related to water quality, water supply, resource recovery and climate change issues. In this role, she routinely communicates with Members and their staff as well as key House and Senate environmental and natural resources committee staff. Sarah graduated with honors from the University of Vermont where she received a B.A. in Political Science and Communications.

Sarah serves as CASA’s subject matter expert on issues pertaining to climate change. She tracks and coordinates responses to regulatory issues and policy initiatives that impact the wastewater sector and proactively engages state agencies in discussions on both mitigation and adaptation related issues to create opportunities for the wastewater sector in building resilient communities.

Prior to joining CASA’s team in July 2016, she served as the program manager for the California Wastewater Climate Change Group, representing the state’s wastewater sector perspectives on climate change issues to local, state and federal agencies. Sarah has also been employed by Carollo Engineers, Inc. serving as their Climate Change Specialist.

Sarah holds a BS and MS in Atmospheric, Oceanic, and Space Science, a MSE in Environmental and Water Resources Engineering, and a graduate certificate in the Program of Industrial Ecology from the University of Michigan. Sarah is also a registered professional engineer.

💦Join @caawef for this important conversation. 🗓Tomorrow, June 24, 2021, @ 11 AM The event will be live-streamed via Facebook @caawef and on YouTube @CAAWEF_. You won’t want to miss it! pic.twitter.com/BnComu8Xgm

Her keynote on celebrating everyday heroes will address the challenges experienced daily by our essential workers, challenges that were amplified and highlighted by the recent pandemic. You will not want to miss this, be sure to register today! casaevents.memberclicks.net/a…

We are excited to announce @TheIronJen will present the keynote speech at CASA's Annual Conference. Jen, AKA “The Iron Jen” is an eight-time national Olympic-style weightlifter, Ironman triathlete, volunteer firefighter & first responder, & the author of 3 Amazon Top 100 books! pic.twitter.com/mUr3ftCwTQ