At the annual WateReuse Symposium, the U.S. Environmental Protection Agency, along with several Federal agencies, revealed a new government-wide initiative to enhance the use of recycled water. The Recycled Water Action Plan will be published in the Federal Register, the public will have 90 days to provide input. CASA and WateReuse California will review and comment on the plan.  Read a prepublication of the action plan here. 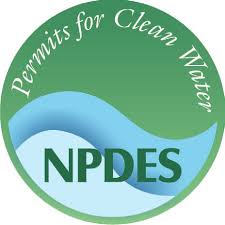 After summer break, Congress is back in session. The legislative agenda for the next several months still holds promise for action in the House on CASA’s priority to secure passage of H.R. 1764, which would allow states and the U.S. Environmental Protection Agency to consider issuing National Pollutant Discharge Elimination System permits of up to ten years. Congressman John Garamendi is the sponsor of H.R. 1764 and the bill has a number of Democratic cosponsors, including the latest to sign on, Rep. Angie Craig (D-MN).
The bill has bi-partisan support from members inside and outside of California. The Committee on Transportation & Infrastructure continues to work on a clean water infrastructure bill and committee discussions to address permit terms as part of a larger package are ongoing. The timing for approval of a clean water bill remains unclear, but a bill could be acted upon before Congress’ adjourns in December.

USEPA’s Assistant Administrator for the Office of Water, Dave Ross, will appear before the Committee on Transportation & Infrastructure’s Subcommittee on Water Resources and Environment. The hearing entitled “The Administration’s Priorities and Policy Initiatives under the Clean Water Act” is expected to review a host of issues ranging from the Waters of the U.S. rulemaking to the just released water recycling roadmap.  The hearing will convene on September 18 at 10:00 a.m. (Eastern) and can be viewed here.

Curious about how we came to the decision to transition to a virtual conference? Check out CASA’s thought process in the video below! We hope to see you in August!! #MeetingtheMoment #CASAAnnualConference2020 pic.twitter.com/aJttXlFknp

Preparing to reopen your building or business? Check out the great resources on CASA’s Resources for Agency Planning and Operations page! casaweb.org/resources-for-… pic.twitter.com/oTqRnPhw66

Oh, did we mention that our very own Jessica Gauger and Jared Voskuhl will be speakers during Thursday’s Wipes Webinar with @cwea!? You won’t want to miss this!! Register now events.cwea.org/event/casa-cw… pic.twitter.com/lISAaxzyOH

After more than 10 years of struggling with wipes, are California’s wastewater professionals getting closer to some relief? Find out next week during our joint webinar with @cwea. events.cwea.org/event/casa-cw…