It’s Who You Know—For Layne Baroldi, Relationships Are Key to Success 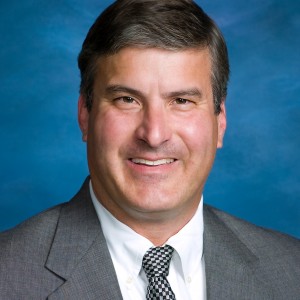 In more than 30 years in the wastewater business, Layne Baroldi has learned the importance of relationships and partnerships. Now the vice president of governmental affairs and technical services at CASA associate member Synagro Technologies, Inc., Layne began his wastewater career at Orange County Sanitation District.

Layne’s work for Synagro requires him to travel throughout the United States, keeping tabs on legislative and regulatory developments regarding high priority issues. He coordinates the company’s advocacy efforts with lobbyists, consultants and staff from member associations, including CASA.  He’s been active in CASA since the late 1990’s, when he served as Chair of CASA’s Land Issues Forum. Layne has also served as Chair of the Associates Committee and as a member of the CASA Board of Directors. He says the relationships he’s formed as a CASA member have enhanced his own work product and his company’s performance. He especially values the opportunity to work with Greg Kester, CASA’s Director of Renewable Resource Programs, who is a recognized national industry expert.

Networking is another benefit Layne has found in CASA. Exchanging ideas, discussing challenges and evaluating regulatory and legal requirements with his peers from throughout the state have been particularly valuable for his successful career at both OCSD and Synagro. Layne championed the effort to sustain important biosolids land applications, including those under attack in Kern County in 2000. As Chair of the Tri-TAC Land Committee, he led the effort to ensure its municipalities were successful in funding an environmental impact report for its biosolids land application. He also represented those municipalities on the EIR technical committee.

Despite his very busy work schedule, Layne has found many ways to give back to his community. He served for four years on the Board of Directors of the Los Angeles County Sanitation District and is a former Mayor of the City of La Habra Heights.

Layne truly believes that society has much to gain environmentally and economically by applying partnerships of public and private expertise to the services aspect of the wastewater industry.

He believes wastewater is one of the most rewarding professions one can choose, with its endless opportunities to learn and an ever-changing industry.

On behalf of CASA, we appreciate everything that Layne has done to support and strengthen CASA as an organization.