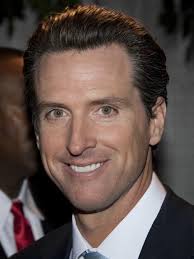 The California Legislature adjourned for the year on September 13th, marking the end of the 2019 Legislative session.  Legislators are now back in their districts where they will remain until January 2020.  In a busy last several weeks of the session, the Assembly and Senate sent hundreds of bills to Governor Newsom’s desk. He has until October 13 to either sign or veto all of these bills.

CASA had another productive year in the legislature. Our sponsored bill AB 1672 (Bloom) on wipes labeling is halfway through the process. In addition, we successfully halted legislation that would have required all coastal dischargers employ denitrification protocols, SB 69 (Wiener), as well as a bill requiring a 95% reduction in ocean discharges, SB 332 (Hertzberg).  Several additional bills CASA has been involved with this year were sent to the Governor’s desk and are awaiting action, including two bills that could impact wastewater agencies.

Nearly a dozen bills moved through the Legislature this year that made changes to laws relating to accessory dwelling units.  For the last several years, members of the Legislature have been very focused on easing the restrictions on ADUs, as they are seen as part of the solution for building new residential units quickly to help alleviate the housing shortage in California. The bills we were closely involved with were AB 68 (Ting) and SB 13 (Wieckowski).

CASA worked with the authors of these bills to protect local utility fee authority to charge connection fees and capacity charges under certain circumstances, as established in 2016 under SB 1069 (Wieckowski). However, the bills do make small tweaks to some provisions of the statute governing how these fees are assessed, which agencies should be aware of.  Both bills have been amended with parallel provisions, which notably include:

AB 1483 (Grayson), is a local government fee transparency bill that incorporates several recommendations from the recent study released by the California Housing and Community Development Agency, “Residential Impact Fees in California.”  The bill was substantially amended in the last weeks of the Legislative session with several new provisions requiring a city, county, or special district to post additional information relating to fees and other housing and development information on their website. If this bill is signed, local agencies will need to come into compliance with the new requirements by January 1, 2020.

For independent special districts like sanitation districts and sanitary districts, AB 1483 requires agencies to post the most current information, five previous annual fee reports or financial reports that an agency compiles in accordance with existing law, all impact fee nexus studies, cost of service studies, or equivalent, conducted by the district on or after Jan. 1, 2018.

This bill was one of several major housing bills being discussed during the 2019 Legislative session. AB 1486 (Ting) is intended to allow for more opportunities for the construction of affordable housing. CASA worked on this bill throughout the session with a coalition of other special districts and local agencies and was able to remove our opposition, taking a neutral position after the final set of amendments were taken in the Senate.

The bill makes major changes to how agencies designate and dispose of surplus land, creates new reporting requirements for the sale of surplus land and creates new penalties for violations of these requirements, among many other changes. We recommend having your agency counsel review this legislation to account for any administrative changes necessary to come into compliance with the bill.

The Senate Committee on Appropriations moved this past week to approve a series of spending bills for the fiscal year 2020 that begins October 1.  Included in the actions was the Interior and Environment Appropriations Bill that funds U.S. Environmental Protection Agency programs, including the Clean Water State Revolving Fund program. In taking this action, the committee followed the House-passed version of the spending bill, providing almost $2.8 billion for the SRF program and $73 million for the low interest Water Infrastructure Finance and Innovation Act loan program.

While details remain to be released on other programs, it appears the new Combined Sewer Overflow/Stormwater Capture and recycling grants program was funded at $40 million. Senate floor action is unlikely before the Oct. 1 deadline.  This means that the U.S. EPA and other federal agencies will operate on a continuing resolution through Nov. 21 as Congress and the White House work on a global spending agreement.

Water Resources Development Act 2020 Update
Both the House and Senate committees charged with drafting a reauthorization of the Water Resources Development Act continue to put the building blocks of legislation in place. To this end, the Senate Committee on Environment and Public Works has informed Senators to submit project requests to the committee by Nov. 1, 2019. For CASA agencies that are considering ecosystem, flood protection or environmental infrastructure projects for submission to Senators Feinstein and Harris, the Senators’ websites should have project submission forms in place shortly.