Previous Next
Legislative and Regulatory Updates

On Friday, January 3, the Newsom Administration released its draft 2020 Water Resiliency Portfolio. The portfolio has been in development since the Governor released his Executive Order N-10-19 in April, which directed a multi-agency effort to modernize the State’s water systems to better prepare for a changing climate.

After significant stakeholder input, the draft report is now available for review and comment. The comprehensive report includes an overview of the State’s existing water systems and establishes the Governor’s priorities moving forward, including an extensive list of proposals for achieving the resiliency priorities outlined in the portfolio. Several key proposals will be of significant interest to CASA members, particularly in the areas of water recycling, water quality, stormwater capture, permit streamlining, and climate change preparedness. CASA will be submitting comments on the draft portfolio, which are due in early February. 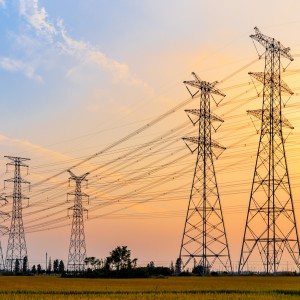 Many of you may be familiar with the term Public Safety Power Shutoff (PSPS), though it has become much more common in recent years. PSPSs occur during fire weather conditions. When a Red Flag Warning is declared by the National Weather Service, or any combination of criteria is reviewed by the electric utilities  determines there is a risk to public safety, the utility may turn off electricity to a subset of the service area. Through the 2019 fire season this was a very real challenge faced by wastewater agencies across California that maintained service during these events. Keeping pumping stations and treatment plants running without reliable power is no walk in the park. Check out one agency’s story about the PG&E outage, their district response measures, and their system’s performance.

On December 18, CASA and its members appeared before the State Water Board and provided comments on the proposed regulations for the Environmental Laboratory Accreditation Program (ELAP).

CASA and many members of the municipal laboratory community were concerned that the Water Board’s staff’s proposal to require accreditation through adoption of the Nelac Institute (TNI) standards would have a detrimental impact on the small lab community across California. Multiple agencies and associations at the hearing also drew attention to the regulation’s supporting documentation and how its calculations significantly underestimate the economic costs of compliance, as well as the societal ones. At the conclusion of the public hearing, the State Water Board Members directed ELAP staff to host a follow-up stakeholder meeting to review a CASA supported alternative, the California Quality Management System (QMS), in more detail. This workshop is scheduled for Friday, January 17. CASA’s comment letter is available. Please reach out to Jared Voskuhl if you have questions.

The current ELAP regulations were last updated in 1994, and in 2015, the State Water Board began their process to update these regulations with ones that would only provide accreditation through The Nelac Institute (TNI). TNI requires hiring a full-time staff member to perform its administrative record-keeping requirements, and ELAP estimates their regulations will result annually in $22 million for complying. Interestingly, ELAP has acknowledged their rule-making package is not predicated by systemic issues with data quality from environmental laboratories, and the problems in labs they have encountered will not be addressed by laboratories being TNI-compliant. Simultaneously, the public and municipal lab community around the state have been resolute that TNI-only accreditation will cost too much for small labs to justify maintaining accreditation, and that if they had the budget to hire additional lab personnel, the budget expenditure should result in increased laboratory services and testing.

The State Water Board also heard a presentation during the Public Hearing about an additional system of accreditation that would co-operate with staff’s proposal for TNI-based accreditation. The alternative – known as the California QMS (Quality Management System) – received endorsement from ELAP’s Technical Advisory Committee to be included in the regulations – though they were ultimately excluded by ELAP – so that labs will not have to shutter or increase their costs for testing and sampling services to afford the heightened costs for accreditation. 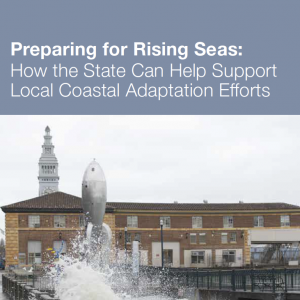 The Legislative Analyst’s office (LAO) recently released a report entitled “How the State Can Help Support Local Coastal Adaptation Efforts.” The LAO performed more than 100 interviews and reviewed reports, academic literature, and statewide surveys on coastal adaptation and planning in effort to summarize how the state can best support adapting to sea level rise. The result of the research is a set of recommendations for legislature to support and enhance coastal adaptation efforts, including:

The report concluded that legislative involvement will be needed when statutory changes are necessary to clarify and resolve issues, offer guidance, or provide funding. The Legislature could do this by holding policy and select committee hearings, proposing and participating in robust deliberation over legislation, and requesting research and input from experts within state departments and universities. The report is available here. 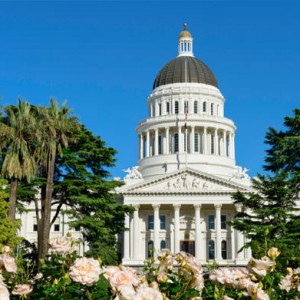 On Monday, January 6th the Legislature returned to Sacramento to kick off the 2020 Legislative Session. Both the Senate and Assembly held floor sessions where they adopted procedural items and the legislative schedules, in addition to other administrative actions required for conducting legislative business in the coming year. The Legislature is in the second year of a two-year session, and there will likely be some accelerated legislative activity this month to move bills leftover from last year that are subject to the “two-year” deadline at the end of January.

Additionally, later this week Governor Newsom will be releasing his 2020 Budget plan which outlines the state’s proposed spending for the upcoming year and serves as a preview for the Governor’s most significant policy priorities for the year. The state is again expected to be managing a revenue surplus, and the Governor will discuss his plans for additional revenues during a press conference about the Budget. Soon after the Budget is released, the Legislature will begin scheduling Budget subcommittee hearings for later this Spring to discuss all of the proposals included in the Governor’s plan.

The California Ocean Protection Council released its Draft Strategic Plan to Protect California’s Coast and Ocean (Draft Plan) in early November. Included in the Draft Plan was a new objective which directed the Council to adopt a deadline to reduce or eliminate wastewater discharges to the ocean by 80-100% and tying that objective to addressing ocean acidification and hypoxia. CASA initially requested an extension for the adoption of the plan which had been scheduled for the November meeting, and that request was granted. The Draft Plan will now be considered for adoption at the February 2020 meeting.

CASA formed a coalition with our state and regional water and wastewater association partners and jointly submitted a comment letter requesting that the new objective be taken out of the plan for a variety of reasons, and also requesting that the Council coordinate with the State Water Resources Control Board who’s recently adopted recycled water policy includes a goal relating to recycling all dry weather discharges where the flows can be beneficially used. CASA will continue to track this issue closely and work with the OPC to get this objectionable language modified or removed from the final Strategic Plan.

Calling all CASA Members📢 Your organization works hard to do what’s right for California. Recognition from the leading clean water association honors your hard work and accomplishments. Apply for the 2022 CASA Award of Excellence today! casaweb.org/about-us/award… pic.twitter.com/wZD9bJk8Oy

2022 holds great possibilities and opportunities for our federal legislative priorities. That’s why we urge you to join us next month at our Washington D.C. Policy Forum February 28-March 1. Register today: casaevents.memberclicks.net/d… pic.twitter.com/tyI0N9lyOq